In addition, we have further broken down the list, showing the top 10 states with the highest and lowest unemployment rates for the month of January. 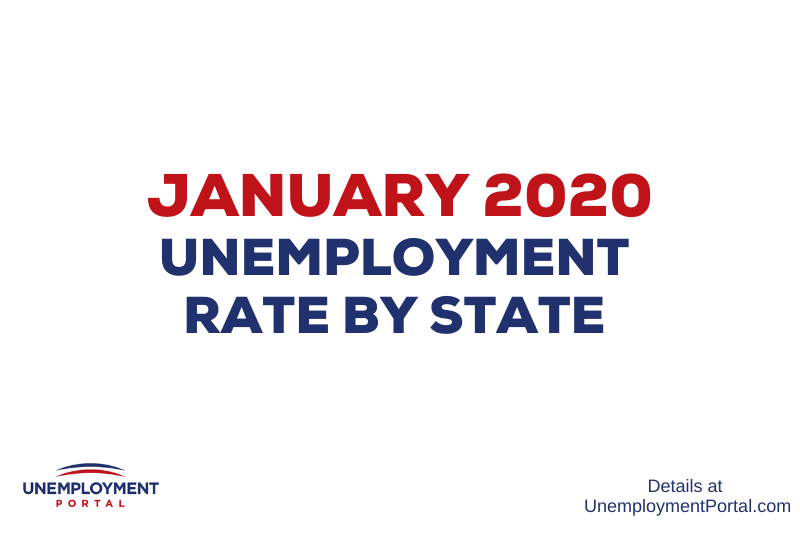 Nationally, the United States Unemployment Rate for January 2020 was 3.6%.

Below is the complete list by state, seasonally adjusted. We have also provided the unemployment rate for January 2019 for comparison. 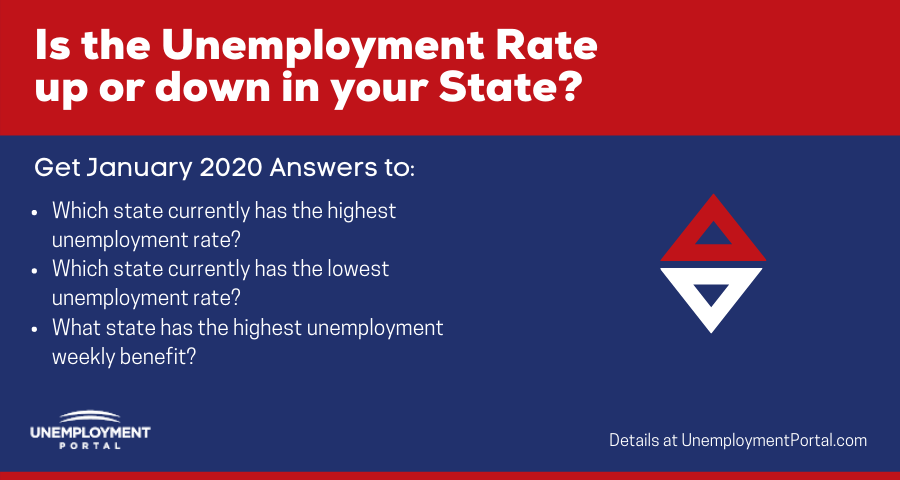 These 10 States Have The Highest Unemployment in January

These 10 States Have The Lowest Unemployment in January

We hope this post on Unemployment Rate by State January 2020 was helpful.

Be sure to check out our other articles on Unemployment and Unemployment Benefits,  including the current Unemployment Rate for all 50 states and states where unemployment insurance benefits will be extended.